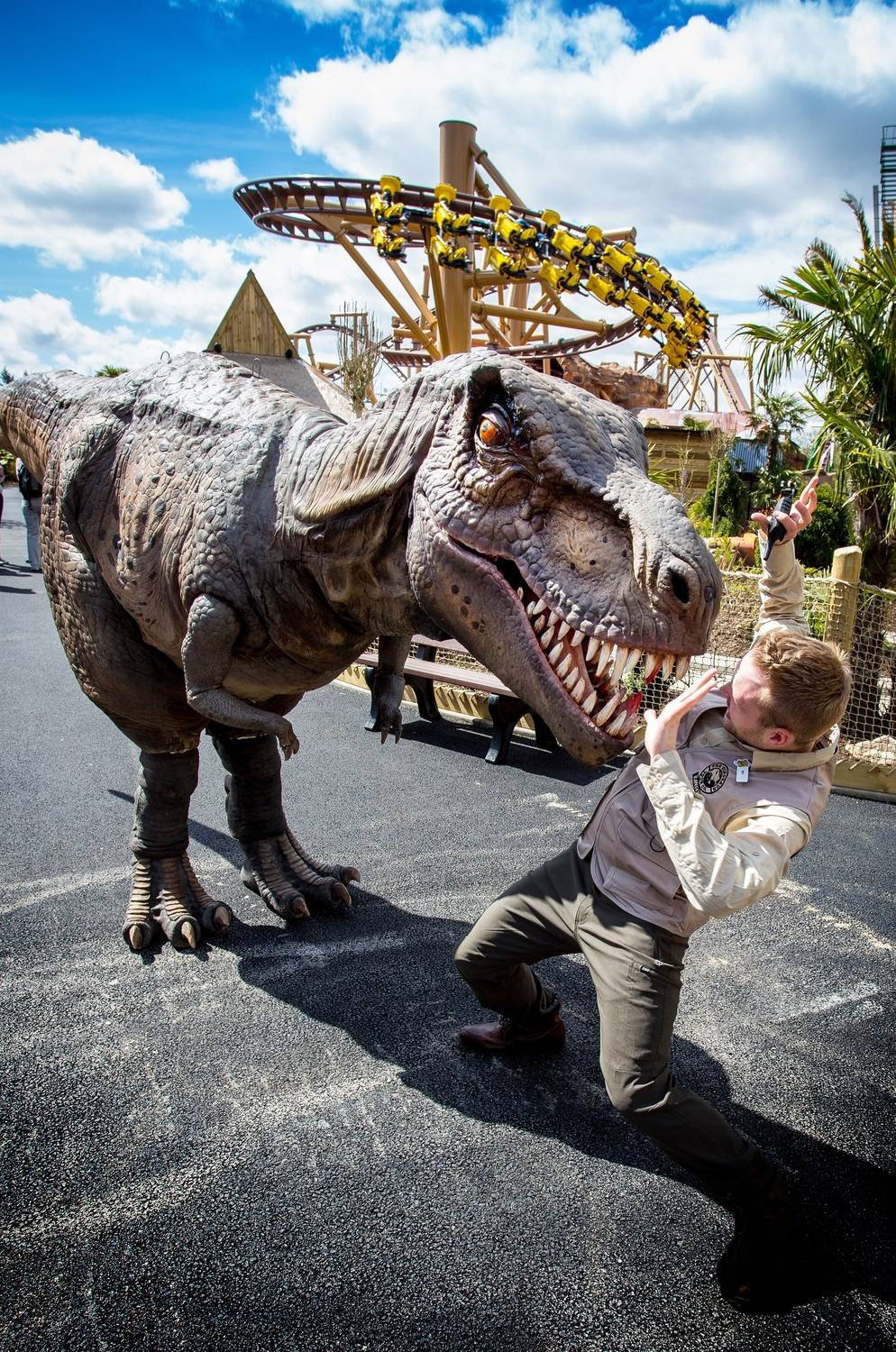 After months of anticipation, Paultons Park’s new £9m attraction Lost Kingdom is to open its gates tomorrow (May 17), transporting families back millions of years to when dinosaurs roamed the world.

The attraction is set within four acres of Jurassic landscape, inspired by the era of fierce velociraptors, flying pterodactyls, giant triceratops and the mighty tyrannosaurus rex.

Ideal for adventurous families, the new theme park land will launch a whole host of dinosaur attractions, including two world-class family rollercoasters: Flight of the Pterosaur and Velociraptor. It will be the first time since 1992 that a UK theme park has launched two new rollercoasters in the same year.

Lost Kingdom will also introduce Jurassic-themed family rides Boulder-Dash, Temple Heights and Dino-Chase; a dinosaur adventure play park, Little Explorers, and The Dinosaur Tour Co – a 4x4 Jurassic Jeep expedition, where children and parents will discover dinosaurs of all shapes and sizes along with a few surprises along the way!

Alive, Dinosaur Encounter will be a truly unique attraction where families will come face to face with the Park’s very own, but fortunately quite friendly, captive T-Rex.

Guest can also enjoy two new places to eat at the park, Base Camp and The Nest, and an exciting themed shop, Outpost 12.

Richard Mancey, managing director of Paultons Park, said: “Lost Kingdom is going to be very special. It is a truly unique experience where families can be thrown back millions of years to see, hear and feel a prehistoric world.

Paultons Park, which is based in the New Forest, Hampshire, is also home to the renowned Peppa Pig World, which the park opened in 2011.

For further information on Paultons Park, including a calendar of opening times and to book tickets online from £25.75 visit paultonspark.co.uk.