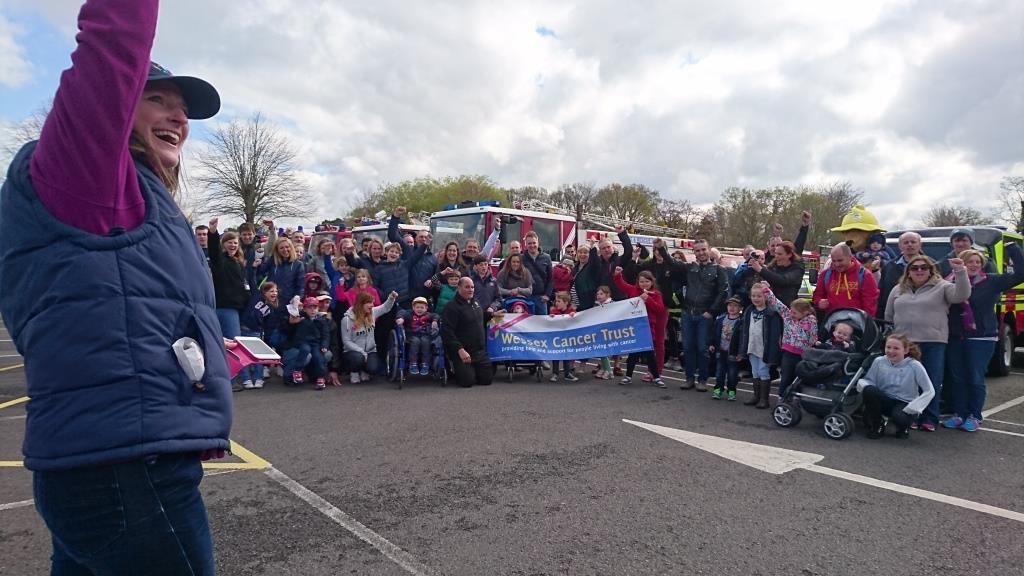 This year marks the 30th anniversary of a fun-filled day trip organised for the young patients of Southampton General Hospital’s oncology centre for children, Piam Brown.

Paultons Park – home of Peppa Pig World has been offering a complimentary day at the park for the children who have been admitted to the unit for many years. On Saturday, April 28, previous and current patients of Piam Brown will visit Paultons Park once again with the added bonus of being transported from Southampton to Romsey in vintage fire engines.

The Piam Brown unit cares for children from birth to 16 years, who have been diagnosed with cancer or a haematological disorder. This year’s event will take place in a weeks’ time with help from the Fire Preservation Society who have offered a fleet of vintage engines each year, sourced from all over the UK, to transport the children and their families from Southampton to Paultons Park.

In what is sure to be a spectacular experience, the vintage engines will drive in a convoy to Paultons Park, leaving Leisure World on West Quay Road in Southampton at around 9am on Saturday, April 28. Although the event is invitation only, the public are encouraged to wave the families off as they make their way through Southampton and the New Forest on their way to the park on blue lights.

Following the day’s activities at Paultons Park, a tea party will be held at Romsey Fire Station where an assortment of cakes will be on offer. During the tea party the Romsey Old Cadets will provide entertainment by dancing for the group. Many other local businesses have also donated resources and supplies to help make this day one to remember, for everyone involved. Lidl has donated food and drink, Blake Entertainment has supplied a Minion appearance, and WOW Cupcakes have made celebration cupcakes. There will also be a play bus available, providing hours of fun for the children.

James Mancey, operations director at Paultons Park, said: “Paultons Park has been a family-run business since it opened in 1983, and the nurturing spirit of the family unit is at the heart of our core values. We hope that all families who visit the park make memories they can treasure.

“My parents Richard and Sara Mancey have been pleased to welcome children from the Piam Brown Ward to this event since before I was born, and we’re very excited to be welcoming families once again to celebrate the 30th anniversary.”

Rachel Funnell, charity coordinator for Piam Brown Ward, said: “This annual event is hugely anticipated by the families on our ward every year, and this year’s trip will be even more spectacular being the 30th anniversary. Southampton Children’s Hospital Charity is tremendously grateful to the Directors of Paultons Park, who are so generous to our families through the year, as well as for this Fire Engine event.”

“Piam Brown Ward is the Wessex children’s cancer unit, so events like this are special for the families to treasure some time together whilst facing what can be extremely difficult times in hospital. Creating a smile or a treasured family memory is the greatest gift, so thank you.”