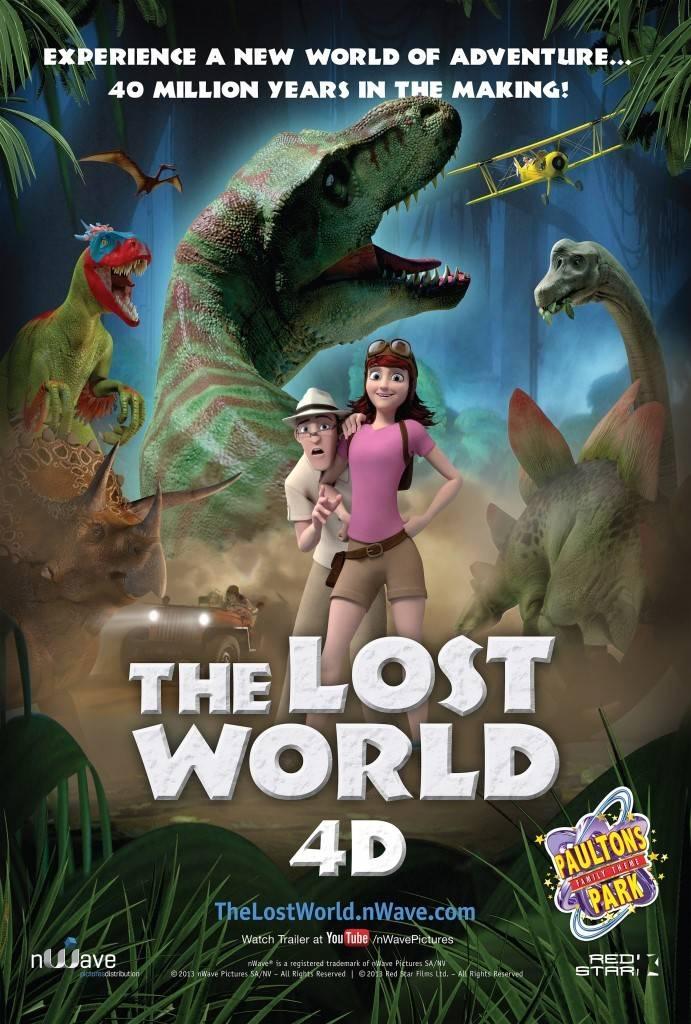 Family theme park, Paultons Park is set to open its gates for the 2016 season on February 14 to coincide with the half term break.

Guests visiting the Hampshire-based park will be treated to a prehistoric adventure at its state-of-the-art 4D cinema which will be screening its new animated dinosaur movie The Lost World 4D.

The Lost World 4D will take families into a whole new world of adventure, forty million years in the making. Fierce Raptors, flying Pterodactyls, giant Triceratops and Stegosaurus, and the mighty T-Rex all roam this hostile world. The movie tells the story of Bob and his unlikely rescuer, Professor Lizzie, as they outrun these terrifying predators.

Movie-goers will be thrown into the on-screen action and taken on a wild jeep ride through dense tropical rainforest and soar above this forgotten island, while experiencing the cinema’s 4D effects including specially-designed moving chairs, water sprays, blasts of air, leg ticklers, and even bubbles.

Paultons Park, which is home to the world’s first and UK exclusive Peppa Pig World, re-opens for the school half term on Sunday February 14.

Guests will be able to enjoy more than 60 wonderful rides, including favourites such as EDGE, Cobra -Paultons’ biggest rollercoaster, Magma, the Raging River Ride and its bizarre mini-land which opened last year, Critter Creek.

For further information, including a calendar of opening times and to book tickets online from £25.75  visit paultonspark.co.uk.