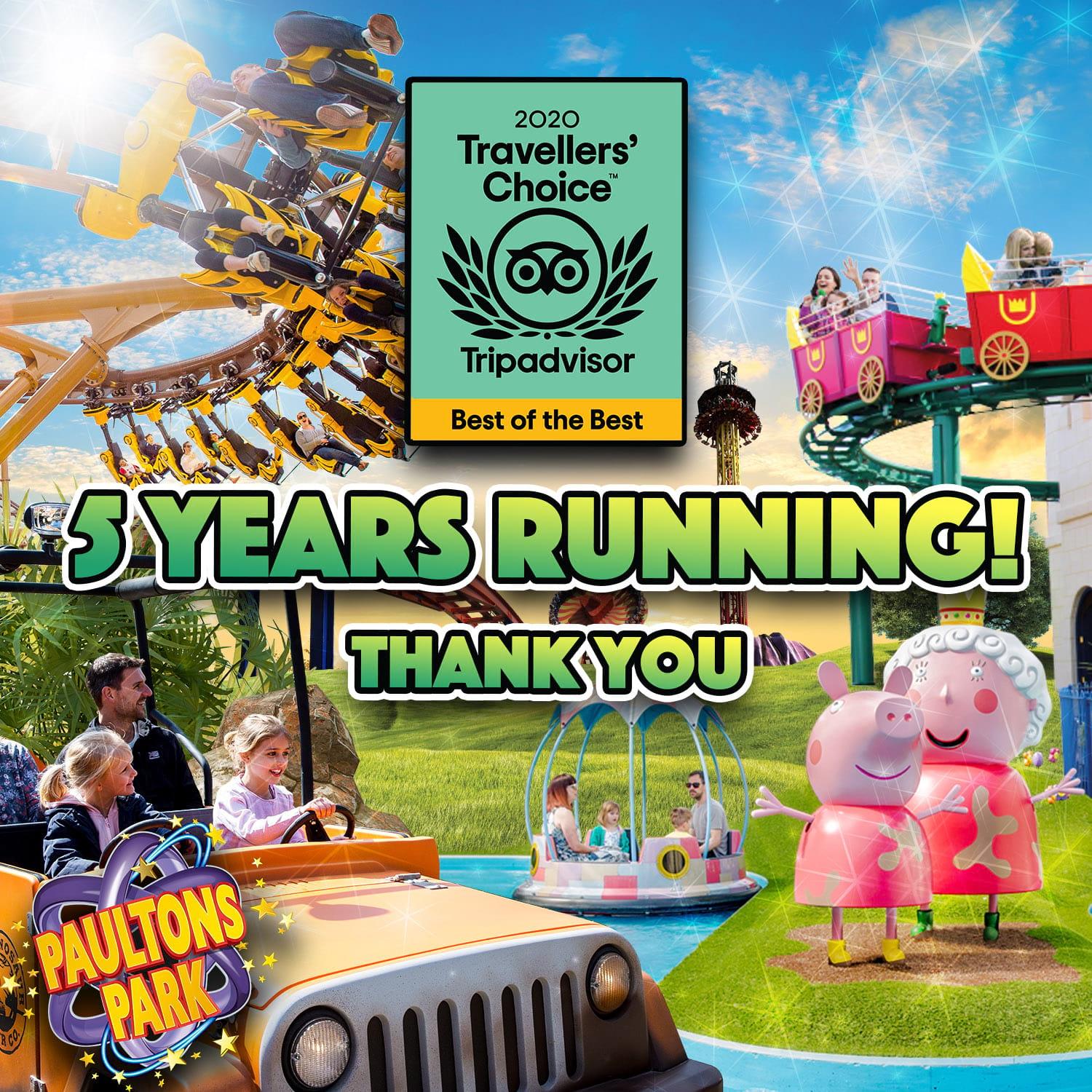 Paultons Park, the home of Peppa Pig World, has been named by Tripadvisor as the 10th best-rated amusement park in the world and the fourth best in Europe - beating all other UK attractions.

The family theme park, located on the edge of the New Forest in Hampshire, has also retained its title for an unbeaten fifth year in a row as the UK’s best-rated amusement park in the Tripadvisor Travellers’ Choice Awards, announced on Tuesday July 28th.

Richard Mancey, Paultons Park managing director, said: “We are incredibly proud to have ranked in the top ten amusement parks worldwide. We are focused on continual improvement and investment in order to excel at everything we offer, so to be positioned alongside other attractions such as Europa-Park and Universal Studios is a huge achievement.

“It is also a huge honour to receive the Tripadvisor Travellers’ Choice Award for the UK’s best-rated amusement park for the fifth year in a row. Retaining the award for so many years is testament to the unwavering dedication of the entire Paultons Park team who work incredibly hard to ensure our guests have an unforgettable experience.”

The Tripadvisor Traveller’s Choice Award winners were selected based on reviews and ratings of visitors. An algorithm was used to determine the top 10 list and took into account the quantity and quality of reviews and ratings for amusement parks worldwide, gathered over a 12-month period.

Richard added: “The thousands of positive guest reviews which have contributed to this award demonstrate that we are achieving our mission to provide our guests with a unique and delightful experience for the whole family that represents superb value for money.”

Paultons Park reopened to the public on Saturday July 4th after forced closure due to the COVID-19 outbreak. A series of measures are in place, including limited capacity and pre-booked visits only, to aid social distancing. Due to high demand and reduced capacity, Paultons Park is set to sell out across the summer months.

Due to the COVID-19 outbreak, the opening of Paultons Park’s new themed land, Tornado Springs, has been rescheduled to Easter 2021. The Americana-themed Tornado Springs will cover four acres and showcase over eight new rides and attractions, becoming the fifth themed land at Paultons Park and joining the UK exclusive Peppa Pig World, Critter Creek, Little Africa and the Jurassic-themed world of Lost Kingdom.

Paultons Park, which covers over 140 acres of parkland adjacent to Hampshire’s New Forest, opened in 1983 and has since built a reputation across the UK and beyond for high quality, wholesome family entertainment of the highest standard.

For further information about Paultons Park including opening times and to book tickets online in advance, visit: www.paultonspark.co.uk .