Experience 4D effects with some of your favourite characters!

An amazing, state of the art, 150 seat 4D effects theatre.

The House of Magic 4D chronicles the adventures of an abandoned young ginger cat named Thunder. Seeking protection from a furious dog and an approaching storm, our hero stumbles into the strangest house imaginable: a run-down Victorian-style mansion owned by an old magician and populated with a dazzling array of automatons, gizmos and performing animals. After avoiding a series of magician's traps and tricks in the attic, he meets Jack the Rabbit and Maggie the Mouse, who immediately feel themselves threatened by the stray cat. Thunder has no choice left... and find himself on the street again. Alone and frightened, he will be rescued in an unexpected twist! 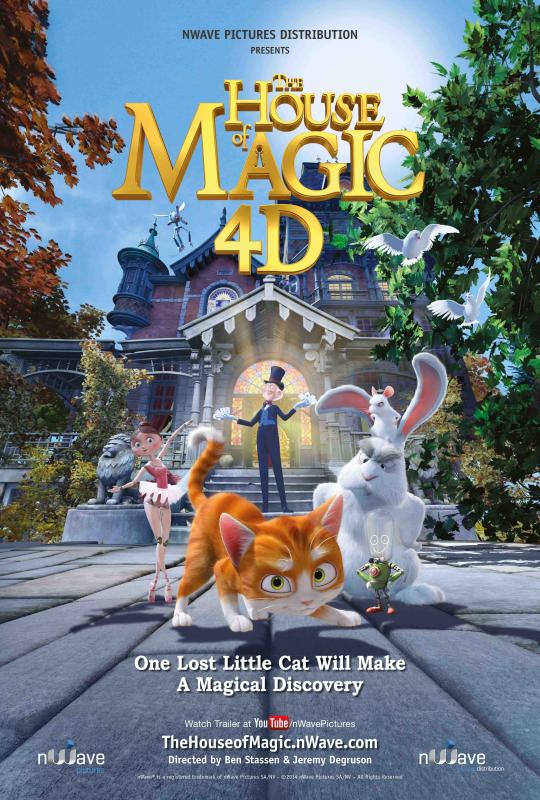 Please note that the cinema features strobe lighting. It may be unsuitable for timid children and it can be loud and dark during the performance.

No food or drink is allowed in the cinema.
Please note the 4D Cinema may open later in the day during off peak times

Must be able to use own seat unaided.
Children under 8 years old must be accompanied by a responsible adult.
The cinema can be loud and dark in some places. We advise this that this attraction may not be suitable for young or timid children.
Pregnant guests, those with heart or back problems, persons with high blood pressure, persons who suffer with balance impairment and those with any other physical condition which mean it is unsafe to sit in a moving seat are advised not to ride.
Please note that the cinema features strobe lighting. It may be unsuitable for timid children and it can be loud and dark during the performance.
View all Ride Accessibility